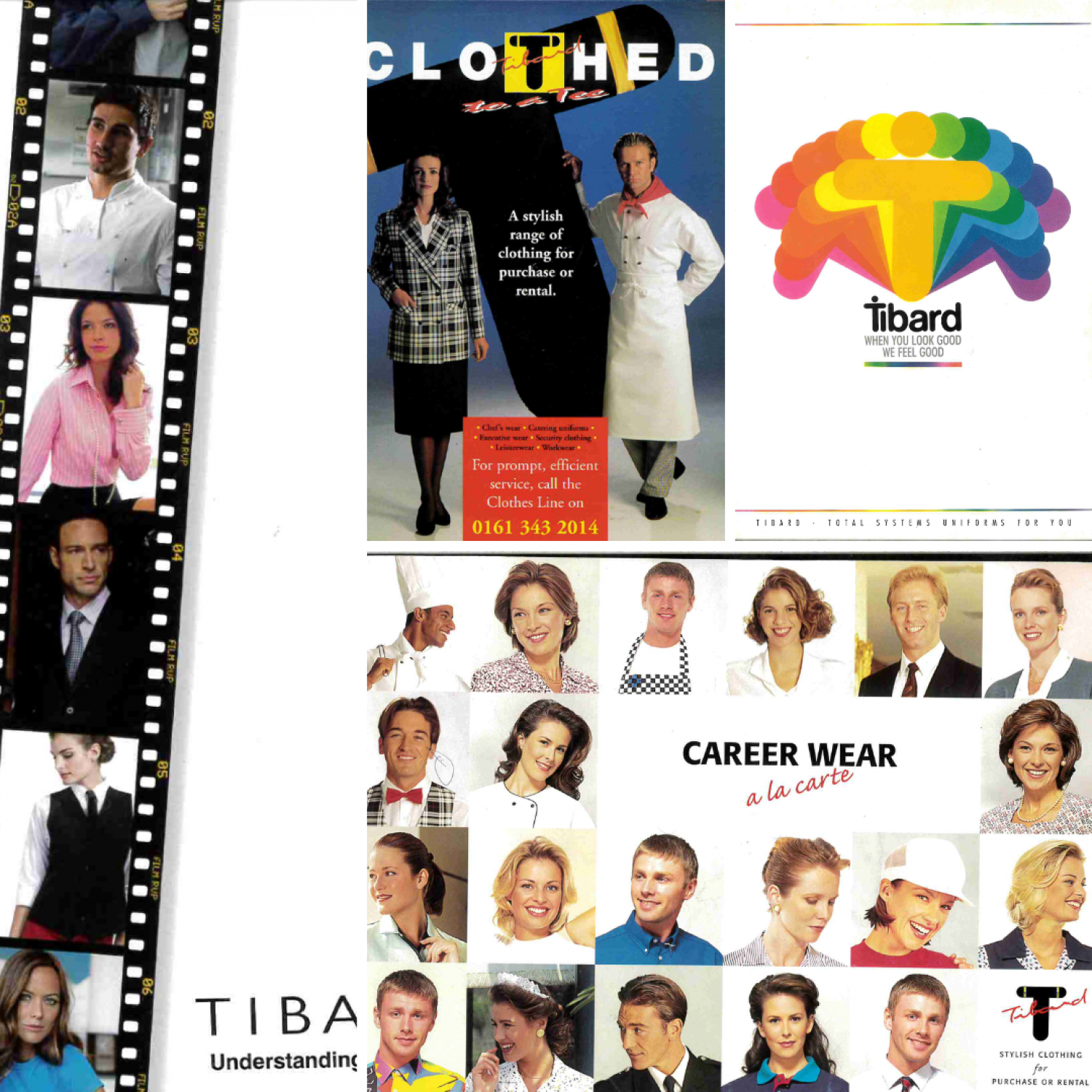 A Uniform Look Back: 40 Years of Tibard

As the country and the world moves into uncertain times, we’ve decided to look back on Tibard history. In the past forty years, we saw through many events to be one of the nation’s favourite uniform providers. We may deliver uniforms to thousands of businesses across the country, but we had quite humble beginnings…

On August 12th 1979 John and Sue Shonfeld founded a company in their spare room in a small village in Tameside, Greater Manchester. That summer would be an especially fragile time in the country just following the infamous ‘Winter of Discontent’ striking and industrial upheaval; many businesses failed before they got started.

But this tenacious duo knew they had an idea and the determination to create a company that would endure these tumultuous times.

They wanted to create a fully integrated system for the production and laundering of chefswear within the hospitality industry. At this time there wasn’t another system out there like this catering to these sort of companies. Especially not with such an innovative approach, and so Tibard was born.

The next three years would be marked with profit and company growth for John and Sue Shonfield as they managed the production and upkeep of chefswear for hundreds of establishments on a national basis. Working tirelessly and even roping in their children to help prepare the garments for delivery.

To keep up with the rising demand for Tibard products and maintain the same level of customer service for our growing client base. But John and Sue knew they had to get out of their spare room.

So in September of 1982, the first Tibard location came to be on a small industrial unit in Denton, Tameside. For the first time, John and Sue could directly employ and oversee the production and the business side of things, setting the stage for what was to come.

Believing in ourselves and our work paid off, and in the winter of 1987, Tibard reached its first million in annual turnover. This point was a completely unprecedented milestone, with the average £1 million business taking eleven years to reach that coveted milestone, Tibard managed to do it seven.

Although a surprising development as Tibard was still an SME, this was definitely a well-deserved success. During the late 80s, an increasing amount of British companies were choosing to move their production entirely offshore due to cost. Still, we stuck to the original vision of high-quality chefswear made in Greater Manchester.

Committed to this vision, they undertook their biggest risk yet to build our own 25,000 ft — manufacturing hub in Dukinfield, Greater Manchester in 1989. A purpose-built factory, allowed Tibard to increase the rate of manufacturing chefswear by hiring local seamstresses and account managers.

However, just when Tibard was finishing the move to Dukinfield, the country was hit with a recession. The recession of the early 90s marked a precarious time for British based manufacturing. Yet, Tibard garment’s popularity in the industry continued to endure. People always relied on us for the quality and durability of our uniforms.

Enduring the hard times Tibard exited the recession unscathed and achieved their next financial milestone in 1993 by reaching 2 million in turnover.

This event marked a real turning point for Tibard.  We knew in order to continue to grow that innovation would be the next big step.

In the formative fifteen years for Tibard kept our team small with only a dozen employees, in 1994 it was time to expand. During the year Tibard’s workforce grew to thirty sharp from machinists and seamstresses to account managers and salespeople it allowed for a wealth of productivity in our Dukinfield location.

Four years later, Tibard took another step in innovation, launching our first website. Online sales were still in our infancy in 1998, but we saw the viability of having an online space even back then, this pioneering attitude meant that Tibard was one of the first workwear websites in the UK.

The next step in innovation came in 2001 with the acquisition of a local laundry operator and the formation of Tibard Laundry Services. After twenty-two years of managing laundry services, this was the next natural step for Tibard to offer laundry separately from the integrated system and regularly launders hospitality clothing from across the North West.

And then twenty-three years after helping with the start of Tibard, Rick Shonfeld, son of Sue and John, re-joined the business. Rick enjoyed a successful career working at a New York design agency and returned to the family business to make a real mark on the creative direction of Tibard. Marking the official formation of Tibard as a family business.

Rick oversaw the next stage of Tibard with the launch of the high-end chefswear brand Oliver Harvey.

Officially launched in 2009 Oliver Harvey was the culmination of the company’s collective knowledge of the hospitality industry. We saw the desire in the industry for heritage chefswear brand that had the feel of a luxury fashion retailers. So, the range of chefswear includes new jacket styles, a specialised women’s fit chef jacket and high-quality leather apron collection, all of which have been massive successes for us.

As we entered the 2010’s, digital innovation took a stronghold of everyone’s lives and Tibard saw the opportunity to provide customers with a brand new experience.

So the Tibard Cloud system launched in 2017. An online portal system that allows a multitude of sites to log on and order uniform under their business account and allows head offices to keep track of spending. Overall this new system allows for a business to easily update their new uniform in all sites and gives managers the freedom to purchase when needed.

In 2019 Tibard proudly celebrated our fortieth year in business with a party for suppliers, customers and employees alike. After four decades of hard work, it was an opportunity to kick back and reflect on forty years of a job well done.

In 2020 we’re reaching new heights and facing new challenges continuing to endure regardless of what the future holds. We’re working like never before to ensure that Tibard remains open and creating the quality products you’ve come to expect from us.